It’s been a rough few days folks, and whilst political shenanigans endure, I don’t anticipate much respite. The dust is settling, but the initial flood of misery on various financial platforms just makes me exasperated. Fucked up is the new normal and we have to accept this.

Between Brexit, regulatory changes (across the board, but more so with the E.U.), China/U.S. Trade disputes & so many other global issues occurring at once, we are in an anxious, fear-driven market.

Yes, stocks took a shit effectively worldwide, but frankly I wouldn’t budge on my (very red) portfolio, and instead I am taking this moment to muse about pragmatic perception of downward trends and why knee jerk reactions to negative events are straight up moronic.

My grandmother’s neighbour decided to split his apartment into 2 separate units and sell them separately as a consequence of a friend inflicting fear concerning negative equity (this was back in 2008-2009). He effectively lost a crapton of time, money and ultimately net worth as a result of being fearful. Today in 2018 we can laugh about this decision and reflect wisely on what we would have done with the benefit of hindsight, but when I hop over on financial forums/wires/sub-reddits, I see a perverse level of panic that to me is reminiscent of that anecdote, and results in the same bad reasoning.

3 weeks ago, someone thought $COMPANY was a solid buy with long term earning potential and a steady financial bedrock. Why would they panic three weeks later as if that company is arbitrarily worth less even though the real world market, revenue and fiscal demographic has barely changed (if at all)?

The markets are about speculation, not investment. Speculation is what moves the needle, and for long term investors it’s important to recognise that whilst traders will place puts based on potential daily margins, for normal people like us, trying to keep up is an utter waste of time and money.

“I don’t want to lose anymore”

This mindset is so utterly out of touch with equity based investments that I feel the need to break down a simple point and hopefully satiate some knee jerk reaction’isms.

Until you sell, all you have lost is peace of mind.

Yes, it would be lovely if your brokerage account was always shiny shades of green, but reality doesn’t work that way. Would you invest in Volkswagen before the diesel controversy? How about during? And now?

At its lowest, it was trading at 92 euro a share. Speculators drove the price down because they don’t give a shit about the company and its market; they focus on perception & margins. People are still going to buy VW cars – that’s a fact, and 3 years on, the stock is now trading at 149 euros. Speculators and robotraders are useful for the little people like us because they can allow us to buy stock “on sale” and focus on the long haul.

The problem is that people obsess over the perceived health of their portfolio and dump stock en masse because they have an imaginary line of how much they are comfortable losing, oblivious to the fact that until they sell, they have lost precisely fuck all. 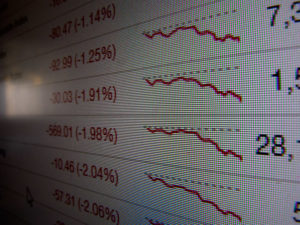 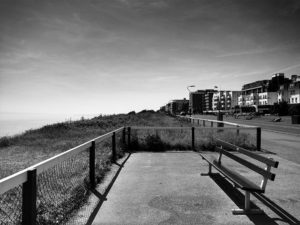